The Father of Texas Education 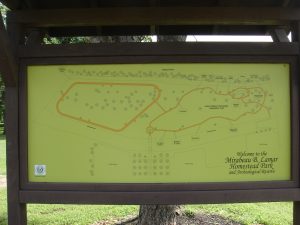 Mirabeau Buonaparte Lamar, born in Georgia in 1798, followed James W. Fannin to Texas in 1835 to collect historical data. Given what was happening when he arrived, he was soon wrapped up in the birth of the Republic of Texas.  We have a County Park in Richmond dedicated to his memory, located on the land where his homestead was in the final years of his life.

The Mirabeau B. Lamar Homestead Park is just a short distance off U.S. 59 down Williams Way Blvd.  Tucked behind the Fort Bend County Justice Center parking lot you will find a stairway leading over a small levee that leads you into this small Park and archaeological preservation site on the Brazos River. 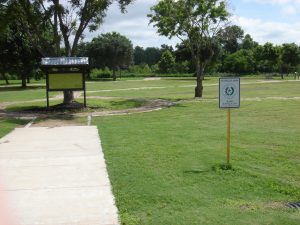 Enjoy a stroll around the path through the Park. There are monuments and markers posted along the path to identify certain spots where a particular building of the homestead was located. Have a seat on one of the benches and just savor the history in the air as you imagine life at the time of the Republic. 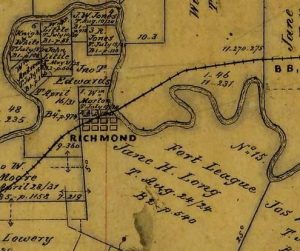 This land was part of the original 1824 Land Grant to Jane Long from the Mexican Government.  In 1854 she sold this particular portion of her land to Mirabeau Lamar for use as his homestead.  Lamar spent his final days here after his very adventurous life and is buried in the Morton Cemetery in Historic Richmond.  You can read more of the life and times of Mirabeau Lamar on the Texas State Historical Association website. 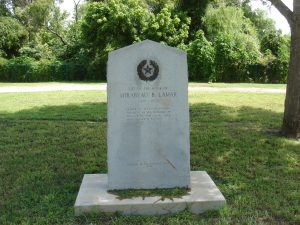 As the Second President of The Republic of Texas, Lamar proposed that Congress set aside land as an endowment for public schools and two universities.  On January 26, 1839, President Lamar signed an Act reserving three Leagues of land in each county to be used to pay for a public school system in Texas.  His advocacy of the program is what earned him the nickname “Father of Texas Education.”  It is only fitting that one of the largest public school districts in Fort Bend County, Lamar Consolidated, is named in his honor.

1 Response to The Father of Texas Education